Zaragoza International Film Festival will give out 5000€ in cash awards, and it is a Goya Awards qualifying festival

Zaragoza International Film Festival - FCZ will give out 5000 € in cash awards, and it is a Goya® Awards qualifying festival

Zaragoza International Film Festival - FCZ has been developing its appreciation for Spain's cinematic culture since 1995, while trying to bring together creators and audiences around the seventh art in the Aragon capital.


Last only few weeks before the deadline of the 25th edition of the FCZ, which will in principle be held from 20 to 28 November and will give out more than 5,000 euros in prizes.


The festival has competitive and non-competitive national and international sections; that host all kinds of audiovisual works, from the micro short film to the feature film. Continuing the development and updating of last years, the festival offers an extensive program with numerous sections such as Industry, Education, Social "Other Looks", the Historical "Visions of History" and New Technologies, as well as various Special Events, Cycles, the Guest Festival, the Aragonese Audiovisual Night, etc.

Qyalifying festival for the Goya® Awards from the Spanish Academy: The festival is one of Spain's Academy of Motion Pictures Arts and Science's partners, so that the winning short film of the Jury's Augusto Award to the Best National Fiction Short Film is admitted in the final stage of the Goya awards selection process for fiction short films.

All creators who want to submit their audiovisual works to the competition, should take into account that the deadline ends on August 31st. 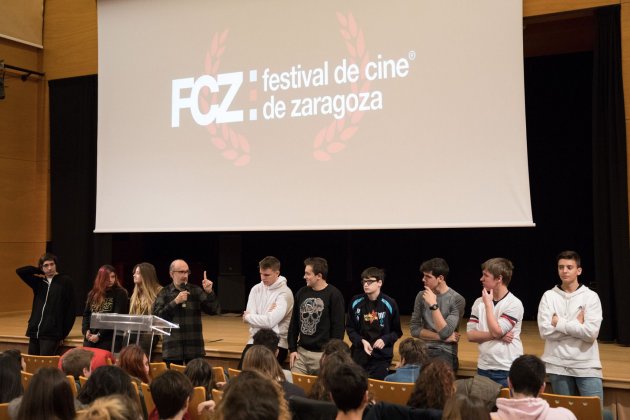